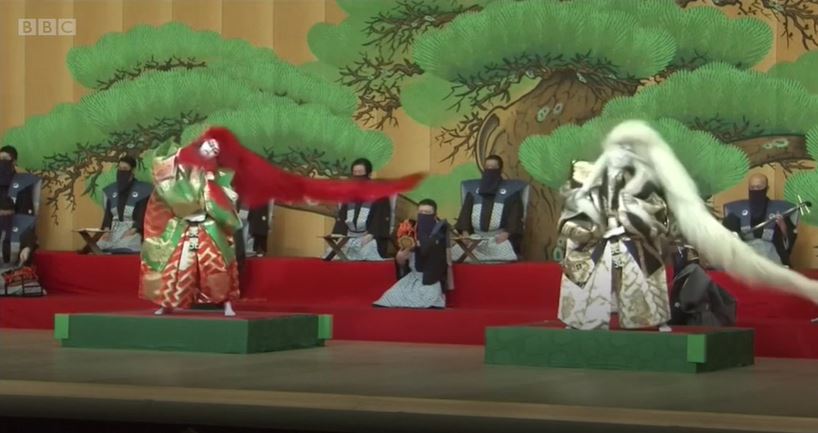 As purveyors of the world’s most dependable kabuki drop system, it would be rude and disrespectful of us not to mention the good news from Japan this past weekend (Saturday 1st August 2020).

After five months of closure due to the coronavirus pandemic, the BBC reports that Tokyo’s famous Kabuki-za Theatre has reopened, to the palpable joy of many. The Kabuki-za is the city’s main theatre for performances of Japanese kabuki dance-drama.

Covid-19 exacted a modest toll on the proceedings with venue capacity halved for the time being, strict social distancing measures for spectators and a rigorous cleaning regime in place. In addition, the stage held fewer performers who sat further apart and wore masks or visors, while a traditional part of the act where spectators shout out phrases towards the stage was dropped.

Nonetheless, the BBC reports that many people in the city were delighted to see the theatre reopen its doors.

Japanese Kabuki Theatre is the origin of the term ‘kabuki drop’ as a staged theatrical reveal. It’s known for its elaborate costumes, eye-catching make-up, outlandish wigs and the exaggerated actions of the actors. A frequent theme is a sudden, dramatic revelation or transformation, which is where the kabuki drop comes in, often releasing the backcloth to quickly change the scene or reveal an actor.

Read more about the origins of Kabuki Theatre in one of our earlier blogs.